Blockchain and the Reinvention of the Financial Sector

In the first of our two-part analysis of blockchain technology, we spoke with Kierre Reeg of Nexus on where he sees this technology headed and how it applies to commercial real estate.

New technologies are poised to redefine how we think about money and transactions, and will revolutionize business, the economy, and commercial real estate in ways we’ve never seen. 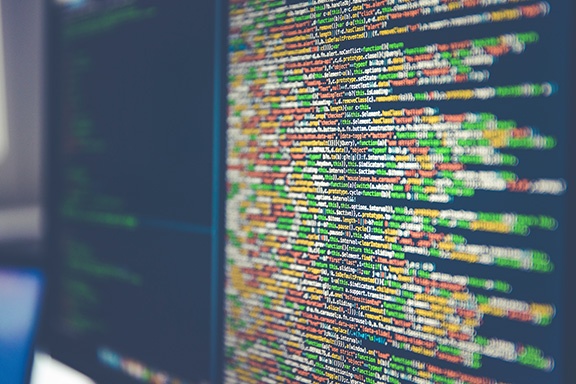 The concept of cryptocurrency is that blocks of data are recognized as a monetary unit or currency. It uses encryption to control the creation of units and verify the transfer of funds. Satoshi Nakamoto, the person or pseudonym of a group of people (no one is sure), was the inventor of well-known cryptocurrency Bitcoin. The goal was to create a digital cash system; a peer-to-peer payment method with no centralized server or authority.

Cryptocurrency was initially the driving force behind what would become the concept of blockchain technology.

Blockchain technology is a globally replicated, decentralized, ledger system that records and shares transactional information. Essentially, blocks of information are embedded in digital code and stored in transparent, shared databases, where they are protected from deletion, tampering, and revision. It was designed primarily to facilitate financial transactions and document sharing, but the technology will allow for a vast number of types of data to be stored and shared.

Code frameworks such as Nexus are similar to the well-known payment network Bitcoin, but are seeking to build a much more robust system by including various features to strengthen encryption, speed up transaction times, create a more decentralized mining industry, and fix the challenges seen in contracts via scripting engines.

About a year and a half ago, Kierre Reeg became a significant investor in Nexus, and is looking to solve the contract and payment challenges that plague our current systems.

“Nexus is a framework that provides connection for people,” says Reeg. “It’s underpinned by a cryptocurrency and there’s going to be other things on top of it: scripting engines for contracts, meaning you can have financial contracts in blockchain, or you can save data in the case of a real estate title, or something similar.”

The future of cryptocurrency and blockchain

This system opens up a lot of possibilities and could fundamentally change how the entire economy works. But with such a revolutionary technology, it will take years and years for the evolution to play itself out. Reeg believes we are still in the early innings of the development of blockchain technology.

Factors such as financial crises, negative interest rates, or governmental altering of currencies and monetary policies could play a role on just how quickly blockchain and cryptocurrency is adopted.

“The system needs to move slow in a sense and everything needs to be tested and proven in the wild before any significant usage,” says Reeg. “It could be 20 to 30 years before we start to see this technology really take a widespread hold.” He also sees other scenarios where widespread adoption could manifest in quicker time spans; he defines widespread adoption as roughly 50% of global monetary value amongst the various cryptocurrencies.

In regards to how many different types of currencies we might see, he believes we’ll likely see a range of 20 to 30 different cryptocurrencies in the world, with a significant amount of the associated market cap in the top ten or so cryptocurrencies. Other, less used currencies may also exist as fallbacks and he defines a cryptocurrency as a blockchain that provides its own technology and a digital asset as something that uses another currencies technology to transfer the value such as an Ethereum ERC20 token.

However, as far as digital assets are concerned, we may eventually see hundreds of thousands of them existing via blockchain. So many different entities can be “tokenized” and exchanged via blockchain from real estate to small companies to publicly traded equities and bonds.

“I think the number of transactions in the world are going to keep increasing exponentially, and there are going to be all kinds of different tokens,” says Reeg. “This is going to be the reinvention of the whole financial sector. And it’s going shift little things in all aspects of our economy.”

Two of the biggest implications of blockchain technology in commercial real estate revolve around liquidity and fractionalization of commercial property.

“Imagine liquefying all kinds of asset classes; that’s what this really represents,” says Reeg. “if you have that liquidity, it essentially has an increased value to it, because you can get cash for it RIGHT NOW.”

Real estate is liquid to a point, but cannot be exchanged nearly as quickly or as easily as equities and bonds traded on markets. There’s a more in-depth, lengthy process. But what blockchain technology offers is the ability to exchange property at a much quicker rate based on the way data and currency are stored.

And in regard to the fractionalization of commercial property, in a general sense, it boils down to creating multiple “tokens” for a single property, with the option of having multiple people buy portions of an asset.

According to SimonCRE Founder and CEO Joshua Simon, “the implications of this technology are huge and could drastically change the way we do business.”

“Say you own 100 commercial properties, instead of doing a private REIT or an offering where someone would have to buy in, they could simply just instantly buy or sell a portion of that portfolio, or even of a single property,” explains Reeg.

All of a sudden you have a lot people investing in and exchanging commercial real estate property at a much quicker rate than ever before. So, the real estate industry is poised for historic change.


In the second part of our series, we’ll dive into more specifics of how commercial real estate, related industries, and the economy could be impacted by this technology.