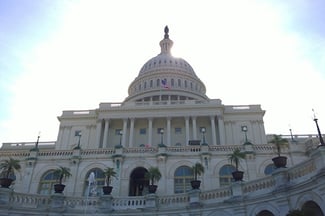 Section 1031 exchanges have been on the government’s chopping block for years. Yet, legislators need to take a hard look at just how substantial the 1031 exchange is to the entire US economy. There is potential that the proposed tax reform, and subsequent impact on like kind exchanges, could set us on a path towards another recession.

Section 1031 is typically associated with the commercial real estate industry, although it also applies to personal property, such as gold coins, artwork, aircrafts, commercial fishing boats, and a variety of other items. The code allows a property owner to sell a property without having to initially pay the taxes on any proceeds from that sale, as long as those proceeds are being reinvested into a similar property. These are also referred to as a like-kind exchanges, due to the fact that property owners are essentially “exchanging” commercial real estate or personal property for a similar kind of property.

The elimination of Section 1031 will create a disastrous trickle-down effect on the entire economy.

The deals created by 1031 exchanges help fuel activity by keeping mortgage brokers, lenders, and banks busy with more deals and with origination fees. They keep appraisers, surveyors, phase one companies, inspection companies, and many others busy as well. Ultimately, the decrease in activity is going to influence cap rates, rents, tenant expansion, and that trickle-down effect will continue.

These 1031 exchanges create traction for a variety of sectors. The repeal could very well result in banks going underwater on a lot of commercial loans due to decreased values, possibly pulling the economy into another recession. It may also hit the government hard due to real estate tax values ceasing to increase.

The main push by legislators and the current administration is that the elimination of Section 1031 will help to offset the additional tax cuts being proposed. President Trump is pushing for a proposed corporate tax rate cut from 35 percent to 15 percent, as well as cutting individual tax rates in hopes of stimulating the economy.

Considering President Trump’s background in commercial real estate, you would think he would see the value and lean towards keeping Section 1031. In fact, he himself has used Section 1031 exchange laws as a tool to roll capital gains into two high-rise towers. It’s a powerful medium for generating tremendous economic activity, and simply put, without Section 1031, the economy is staring down devastating effects.

As the Commercial Real Estate Industry Slows,.. read more
How Rising Interest Rates are Good for Real.. read more
How to Hire the Best Architect for Your Retail.. read more
Our Top Blog Posts of 2021 read more
Post-Closing Issues in CRE & How to Avoid Them read more
TENANCY
TYPE