How Much Can You Really Improve? 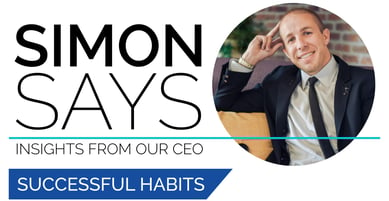 There’s this idea that certain things can’t be changed and once we reach that peak, we’ve come as far as we can. But as I’ve touched on before, if we practice and strive for improvement, there are no limits to how much we can improve if we just apply ourselves.

Even the human physiology can be altered. Many long-distance runners have been known to have larger than average hearts. Some people may attribute this to a natural occurrence, but research has shown that through years of intensive training the heart will grow to accommodate the body’s efforts. Ballet dancers have been found to turn their feet out further than average because of the years of practice. Their bodies have adapted; evolved; improved to better equip themselves for the tasks at hand, and for success.

The mind experiences the same changes due to continued experience and practice. Children that play musical instruments at a young age experience changes to their cerebral cortex that other children do not. Research at the University of Vermont College of Medicine found a correlation of cortical thickening and thinning in certain areas of the brain, depending on how much a child practiced their musical instrument. That training helps children develop better motor skills, and aids in emotional and behavioral maturity.

As James Hudziak, a professor of psychiatry at the University of Vermont, notes, “...if I lift 5-pound, 10-pound, 15-pound weights, my biceps will get bigger. The same is true for the brain. We shouldn't be surprised we can train the brain."

The same applies to a group of London taxi drivers who were studied over a two-year period of training. They’re asked to memorize a map of the city, down to thousands of landmarks and streets. The research found that their brains had improved in regard to governing spatial recognition, and that it created a greater number of nerve cells in the brain’s hippocampus.  All of the changes allowed them to better navigate and thus better perform their jobs.

We live in a world where at one point in time, a lot of things were thought to be impossible, but then they were achieved. People found ways to continue improving. The 1908 Olympic gold medalist in the men’s 200-meter race, finished in 22.6 seconds. Today, the boy’s high school record is faster by nearly 2 seconds. The men’s marathon winner from those same Olympic games finished in a time that is more than 20 minutes slower than the current high school record. And one day, through continual efforts to improve, someone faster will come along and break those records.

These feats show the natural progression that occurs from constantly striving to improve. Our brains develop differently in order to perform the tasks we set forth. Our hearts grow larger in order to successfully run marathons. In training, and in believing that the impossible is possible, we improve and evolve because of it.

So, when people ask me how much more I can learn and how much more I can actually improve, I know the answer is ‘a lot’. You should never think you’ve reached a point in your life where you can’t improve. If I could give three important takeaways, they would be:

By putting these principles together, I’ve found there’s always room to be do more; to be better; to achieve things that are seemingly impossible.