U.S. legislators are currently working to rollback some of the banking and lending restrictions put in place by the Dodd-Frank Act, passed in the wake of the financial crisis. Included in those revisions are potential changes to the High Volatility Commercial Real Estate Loans (HVCRE) rule.

With all of that in mind, let’s take a look at High Volatility Commercial Real Estate Loans, a critical element impacting commercial real estate lending.

What is the HVCRE rule?

HVCRE loans include credit facilities used to finance the acquisition, development, or construction of real property. However, some exceptions apply, including:

“This makes it much more restrictive for the borrower in terms of how aggressive banks can be,” says Bronson Naab, Vice President - Commercial Real Estate Relationship Manager with National Bank of Arizona. 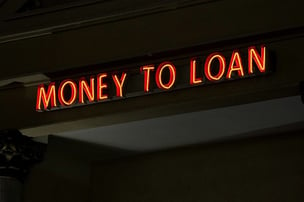 Why does the HVCRE rule exist?

Shortly after the financial crisis of 2007-2008, the idea of classifying certain loans began to gain traction. The Basel Committee on Banking Supervision was in the process of updating its bank capital requirements. Based on those recommendations and the financial downturn, the U.S. government implemented the Dodd-Frank Act.

In creating this legislation and developing certain loan regulations, regulators deemed certain commercial loans to be riskier than other types. It was a means by which to protect financial institutions from potential losses from failed construction loans.

How it impacts the commercial real estate sector?

In recent years, banks wary of taking on construction risk have:

“These rules aren’t necessarily a huge deterrent in the broad scheme of things, but certain specific build to suit, investment-grade type of assets is where borrowers are affected the most,” says Naab.

In addition to exclusivity, one of the biggest challenges for lenders has been determining what qualifies as HVCRE and if these rules are truly solving the lending concerns.

“The way the rules are written doesn’t seem to solve the problem of a high leverage loan,” says Naab. “If they were trying to solve this problem, they should have made the criteria based on actual cost.”

Discussion and efforts continue in the potential reform of Dodd-Frank regulations, and lawmakers continue to try to smooth out the inherent wrinkles in the HVCRE rule. In the meantime, the CRE and lending communities eagerly await.