Direct to Consumers: What It Means for Retail

As direct-to-consumer (DTC) sales have grown in the last several years, one of the biggest concerns for retailers is: who has the most sway over the customer?

The direct-to-consumer trend is driven by the growth in e-commerce, the power of social media, and the desire for faster more efficient shopping.

What Direct to Consumers Are Doing

Some companies are simply cutting out the middleman. They’re introducing their own rewards and subscription programs while attempting to draw consumers to their products directly.

By adopting the direct-to-consumer model they’re taking control of a consumer’s experience, relationship, data, and margins.

Procter & Gamble, Nike, Under Armour, L’Oreal are just a few who have trended away from retail stores in efforts to cut out the middle. And they’re seeing significant results too. Nike, for example, predicts they’ll grow their direct-to-consumer sales from $6.6 billion in 2015 to $16 billion in 2020.

Even Amazon has promoted the direct-to-consumer model, a move that’s likely a jab at many brick-and-mortar retailers, including rival Walmart.

And unfortunately for retailers, every dollar consumers spend with manufacturers is a dollar that doesn’t go to them.

The direct-to-consumer model is making it easier than ever for small-time companies to enter the market. It’s changed the way companies do business. 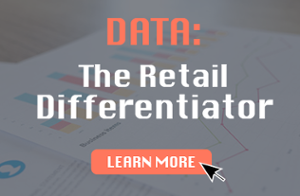 For retailers, they have to try to stay relevant. That means meeting ever-changing consumer demands. And it means facing the threat of direct-to-consumer sales by taking a closer look at how they’re selling.

Overall, brands still need to strike a careful balance between their direct-to-consumer operations and retail partners.

With a majority of consumers still wanting to shop in-store, the power of brick-and-mortar retail still exists when it comes to customer loyalty.

Despite the rise in some DTC sales growth, the same principle of shifts in online consumption comes into play. While e-commerce seems to be growing, people still want in-store experiences for much of what they buy.

The major problem with the direct-to-consumer model is that there is a lack of scalability for companies - scalability that’s accessible via retail stores.

Selling through retailers provides a medium to promote brand awareness. The value of collaboration in the retail scene is vital.

Take for example the growth of online razor retailer Harry’s since their partnership with Target.

Within weeks Harry’s accounted for 10 percent of cartridge sales at Target and 50 percent of the retailer’s razor handle sales. The razor manufacturer has more than doubled its sales since then and is now the fifth largest razor brand.

And Harry's is just one of a number of retailers who have shifted to brick-and-mortar stores as a way to grab a larger share of the market.

Direct-to-consumer may work for some companies, but it’s not going to work for all. An online experience that may provide efficiency and convenience is not always going to replace the traditional offerings that retailers provide. Especially if those retailers take the right steps to ensure their experience is the right one.