The truth is, the term “shopping mall” seems so, well, antiquated. Doesn’t it? Malls are becoming less a shopping destination and more a mixed-use hub, as offices, hotels, dining, and entertainment become the stalwart of such centers.

Mall owners continue to move from an apparel focus to create retail-and-services ecosystems that include a variety of uses. Hotels and residential uses are even making there way into malls.

We’ve heard in the past about how malls are evolving, but it’s important to note why. What are the trends that are transforming malls of the future?

Let’s briefly break down some of these trends.

More than 1,000 department stores will close between now and 2023. The problem became that America over-retailed and too many companies invested in too much square-footage. Many also failed to respond to the changing marketplace. Malls, facing the brunt of those closing, are left to reevaluate and reinvent themselves. 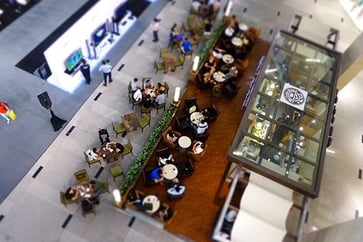 Even as consumer confidence continues to rise, shoppers remain fairly cost-conscious. At the same time, consumers are also opting to pay for experiences over goods. By 2023, an estimated $78 billion will be lost in spending on goods and instead shifted to services.

Apparel stores, one of the pillars of American malls, have struggled in recent years. E-commerce (set to capture one-third of apparel sales by 2023), international brands, and off-price retailers are creating a whirlwind of disruption for traditional apparel stores. But in addition to growing e-commerce shares, the truth is, the apparel industry is losing its luster overall. As this Bloomberg article points out, in 1977 clothing accounted for 6.2 percent of U.S. household spending. Now, it accounts for just half that.

Coresight also notes that more than 50% of U.S. consumers will be either millennials or Gen Z by 2023. And younger generations are increasingly seeking experiences over products. A.T. Kearney found that in 2015 28% of younger consumers’ discretionary spending was done on experiences and predicts that number to rise to 32% by 2030. 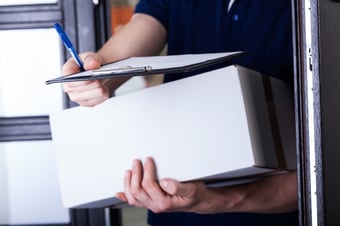 Consumer spending has also experienced a noticeable shift towards alternative retail methods such as subscription and rental services. Companies like Birchbox, Loot Crate, Rent the Runway, and Ipsy have burst onto the scene to steal consumers. Additionally, some brands are shifting away from retail stores and creating direct-to-consumer models. By 2030, Americans are expected to spend roughly $17 billion on such nontraditional channels.

As we’ve said before the American mall isn’t dead, and reports of its imminent death are greatly exaggerated. Instead, they are just going to evolve. They’ll become hubs for a number of number of new uses, and the trends that will shape the malls of the future will likely continue to change the entire retail sector for years to come.