Incentives vary in a number of ways, from commercial redevelopment grants to property tax abatements and are unique from city to city and state to state.

With corporate investment decisions being cost-obsessed, incentives are becoming more critical to location decisions, and in some cases, can make a difference to whether a project is approved at all. 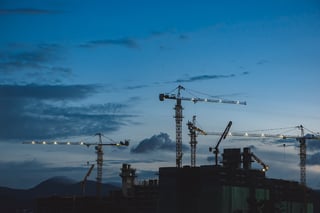 The most useful incentives will be those that enable corporations to justify their investments either by driving down initial project costs or by achieving favorable long-term economics.

The start-up period of a new operation is where incentives such as cash incentive payments have the most value. The biggest transition point for a company is when a facility is being constructed or renovated. Those cash incentives go a long way in assisting with site improvement costs and equipment purchases.

Additionally, measures such as TIF were originally intended for use only in areas deemed “blighted” or “distressed” where investment would not otherwise occur. The ultimate goal is to introduce projects that meet some type of community need or benefit.

Incentive programs are not established to merely draw on a singular commercial development objective but are used as a promoter of continual, organic economic development.

In some ways, incentives are the cost of doing business in today’s marketplace. For communities and states that offer incentives, it allows them to remain competitive, attract new business and can help spawn additional economic development. It also helps establish guidelines and policies for municipalities to use on multiple occasions, helping to streamline processes.

However, those cities that either don’t offer incentives or provide weaker incentives can be at a competitive disadvantage when it comes to development appeal. Businesses are going to favor cities with tax incentives. Or, favor a city offering 10 years of tax abatement versus 5 years.

And for businesses that don’t receive incentives, it can create competitive disadvantages as they take on greater tax burden than those receiving incentives. Couple that with somewhat lingering credit access problems, and it becomes rather difficult for some companies to maintain operations.

They may even experience additional financial burden, considering the financial shifts away from businesses receiving incentives.

No Luck Needed: The Advantages of a Build to.. read more
Why are Environmental Assessments Important? read more
5 Red Flags to Check Before Closing on a.. read more
What to Know About Dining Out & Cloud Kitchens.. read more
Questions to Ask Before Hiring a Landscape.. read more
TENANCY
TYPE